Whether you’re in digital marketing or data science, working with data means you need massive volumes of up-to-date information from a variety of sources. One way to collect this data is through web scraping, the act of automatically harvesting and extracting data from websites using software. While collecting data manually takes a long time, web scraping software speeds up the process, making it the perfect medium to collect this data.

While this all might seem straightforward—find publicly available data and grab it—web scraping needs to be viewed with a lot more nuance. It can be a great way to collect data for analysis that benefits individuals and companies alike. But it’s just as easy to fall into the trap of doing more harm than good while blindly harvesting online data.

Ethical web scraping is the practice of extracting data strictly from websites that are deemed public. But it doesn’t stop there. Proper web scraping ethics go beyond the scraping process and into data use: What will you do with your new data? Will your data scraping result in an invasion of privacy? Are you plagiarizing the data or analyzing and repurposing it?

The Need for Ethical Web Scraping 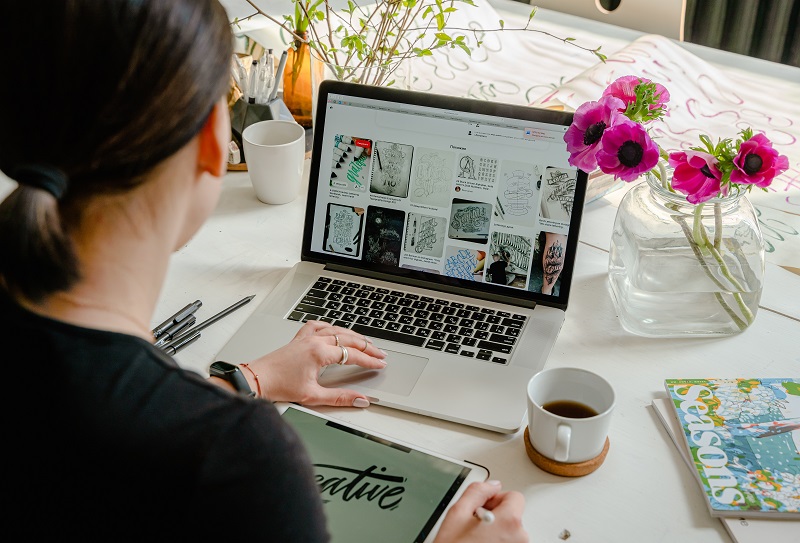 Ethical web scraping isn’t just an intention you gloss over in your web scraping process. It’s a concept that should be embedded in all aspects of your data harvesting operation. Web scraping ethics manifest themselves differently depending on where you are in your scraping process, but they all build on a single base: Do no harm.

You need to accommodate for ethical considerations at all points in your web scraping process and adjust accordingly as circumstances change. Web scraping gives the scraper a lot of power, especially when it comes to websites that handle a lot of user data and contain personal information. Without setting up ethical standards and a moral code for web scraping, it can be hard to differentiate between sleazy web scrapers looking to plagiarize or profit from their data at the expense of others, and those who wish to innovate and learn new things using the data available online.

When it comes to extracting information from the web, you can use one of two tools: web scraping software or an Application Programming Interface (API). Both of them do fairly similar jobs and lead to almost identical results. However, there are some differences you should take into account when it comes to picking your tool of choice.

An API is a communication protocol that connects you with its admin system and offers you access to the website’s or application’s data. While you can use an API, the tool isn’t yours. It’s provided by the website or app owner, and they control the type and level of data you’re allowed to scrape. One of the perks of using an API is the ability to secure a continuous data stream. Instead of having to return every once in a while to update your dataset, as long as you have a connection with the website’s API, you can automatically extract data.

Web scraping tools are more diverse in their approaches. After all, not all websites have a ready-to-access and free-to-use API. Also, an API only offers a predetermined portion of the website’s data, while web scraping tools allow you to collect all publicly available information. Additionally, specialized web scraping software isn’t only faster than an API, but also structures the data it extracts.

Still, if you’re worried that you may cross some lines with your web scraping, APIs ensure you stay in the clear. Since they are built by the website owners, you’d only be scraping data according to their own rules.

How You Scrape Data 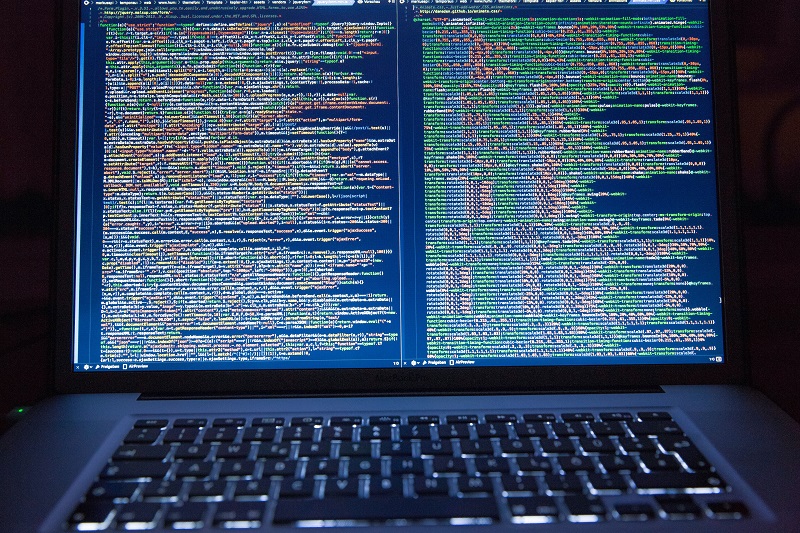 If you decide to use web scraping software, you still need to pay attention to how you’re going to extract the data. While there’s no way website owners can determine if their website is being scraped, there are a few telltale signs. For instance, if your scraper’s IP address is detected rapidly visiting multiple pages at inhuman speeds, or visiting the same page around the same time every day, the website owners can make an educated guess that someone is scraping their website for data.

However, those same traits are shared with fake traffic bots and a potential DDoS (Distributed Denial of Service) attack. You might have guessed this already, but sending website owners into a panic thinking their site is under attack isn’t a part of sound web scraping ethics.

You should only request data that you need for your project and at a reasonable rate to avoid looking like a DDoS attack. Also, provide your targets with a User-Agent string, a trail of information about your web browser name, operating system (OS), and device type. This allows the website owner to know that you only mean to scrape their website for publicly available data and allows them to contact you in case they have questions, concerns, or boundaries.

What You Do With the Data

One thing you should remember about data scraping is that the data doesn’t belong to you. It’s similar to how if you save an image from Google, it still belongs to its creator and can be subject to copyright.

With ethical web scraping, the purpose is to create new value from the data. Collecting a website’s data and simply publishing it somewhere else—even if you give credit—is considered plagiarism. When in doubt, reach out to the website owner and explain the nature of your project and what you intend to do with the data.

The type of data you’re scraping also plays a role in what you ethically can do with it. For example, scraping data from multiple websites to analyze how they work for an article creates new information. On the other hand, high-volume, commercial web scraping where you exploit user data and personal information in market analyses and digital marketing campaigns is unlikely to get approved by any of the websites you’re scraping. It could even cause you issues when it comes to data credibility. 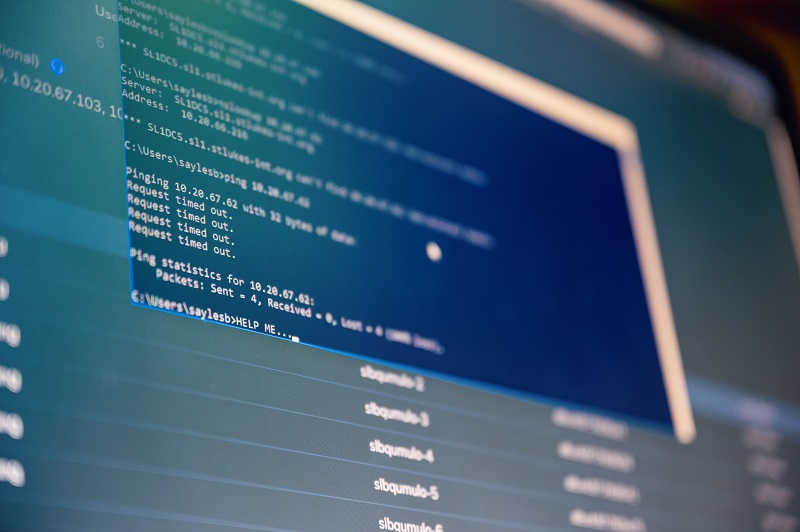 Without being able to see firsthand the damage that irresponsible web scraping inflicts on individuals, websites, and companies, it’s easy to fall into the trap of thinking it’s harmless. Luckily, making web scraping ethical is easy. In fact, you can divide all the web scraping ethics you need into three categories:

Understand your target and honor their boundaries

Before you start scraping, you first need to pinpoint your target websites’ traffic-heavy time intervals and servers’ capacity. That’s because crawlers and scrapers can significantly slow down a website, causing issues to human visitors and even crashing the site altogether. Go slow, and when you do, make sure you scrape the website at its least active hours.

Another key element to ethical web scraping is identifying the type of data your websites carry. Social media websites, for example, carry a lot of personal user information such as phone numbers, emails, and even home addresses. Before you extract this type of sensitive information, check in with the website’s Terms of Service (ToS) and Privacy Policy, and don’t force your way into Robot.txt, or Robot Exclusion Standard-protected, content. Better yet, contact the website owners directly to see whether they’ll make an exception for you.

Additionally, we work in tandem with Rayobyte, ensuring we only use high-quality proxy IP addresses when scraping the web. That way, you don’t have to worry about getting blocked in the middle of collecting data.

Give credit where it’s due and respect copyright

The data you collected isn’t yours. You can’t permit others to use it just because the original owners allowed you to collect it. And while not all websites would demand it, make sure you give credit where it’s due. Whether you’re analyzing and using the data in an article or sharing your findings on social media, credit the websites you scraped.

Respecting copyrights is especially necessary if you’re extracting live data. For example, if you’re crawling weather forecasts from a major website or collecting traffic reports from Google Maps and using them in a mobile or web app you made, you should credit the sources of the data. It’s common courtesy.

Final Thoughts: Think of the Future

As the needs and uses of large volumes of data are increasing, the search for ethical web scraping tools follows suit. But since not all websites have their own API for developers to use and access their information, data scraping tools are a must—unless you want to write everything down by hand.

Travel APIs and Travel Trends: Connecting With Trip Data
How To Ensure Data Quality Metrics With Web Scraping
Proxies For Web Scraping: How To Choose The Best Option
IP Blocks: How To Get Around Them While Web Scraping