2. Differences of API vs Web Service

3. Pros and Cons of Web Services vs API Service

4. Web Service vs API: Fueling Both With Scraping Robot’s API

The infrastructure of the internet is built on connectivity and nothing embodies this more than APIs. APIs are a set of protocols that allow you to build communication interfaces between applications. In other words, APIs allow completely unrelated applications on the web (and sometimes, off it) to communicate. APIs have been around since forever and they are the best thing since sliced bread to developers. At first, APIs were built solely to facilitate communication and transfer of data between unrelated applications. Over time, a new class of APIs have been (and are being) developed, that expose the data and functionality of existing applications over the web. This means that not only can you communicate between totally unrelated apps, but you can also transfer the functions of one app into another via APIs. These new class of APIs are referred to as Web APIs and they are the reason why you can play your Spotify playlist from inside your Uber app.

However, you might have severally heard the term “Web services” confused with APIs and sometimes even used interchangeably, making you wonder if the two resources are the same thing. They are not. But the difference between them is quite interesting and can be of value for you to know depending on the uses to which you would like to put them. In this article, we’ll take a look at web API vs web service, the differences between them and the pros and cons of both types of internet resources. But before we go into that, let’s define some terms and take a deeper look at how each of them works. Feel free to skip ahead with the table of contents above if you already have a good grasp of the basics of internet protocols. 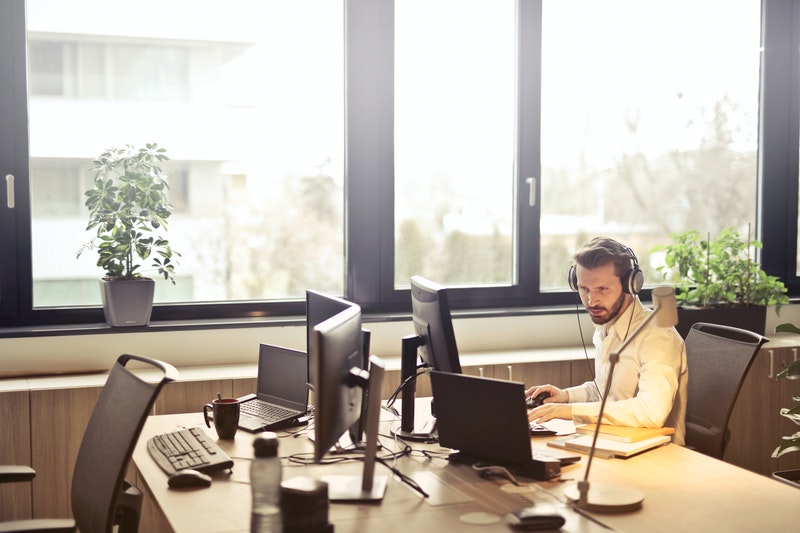 XML [eXtended Markup Language]: XML is also a data storage and transfer format, similar to JSON, but it uses descriptive tags to store data instead.

REST [Representational State Transfer]: REST is a software architectural style commonly used to develop interactive web services. The REST protocol uses a stateless format and standard operations to allow systems to communicate and collaborate while enabling individual components of the system to be reused and updated without affecting the performance of the system. REST provides standardized operations like GET, POST, PUT and DELETE using HTTP methods. Any web resource that follows REST protocols is referred to as RESTful.

SOA [Service Oriented Architecture]: SOA is an architectural pattern used for designing software applications where the functions are split up and presented as services in a network.

Now that we have defined some of the protocols that play a vital part in the operation of APIs and web services as web resources, let us properly define how web API vs web service work.

How do APIs work?

APIs (Application Programming Interfaces) are so named for a reason. Let us visualize how APIs work with a  restaurant analogy. Say you go to a restaurant and you want to order food. Now, you are sitting there, the consumer trying to get food. The chef is in the kitchen preparing the food. But you can’t stand up and go to the chef to order your food. And even if you could, the chef will probably be too busy to come to serve you himself. So you need an intermediary between you and the chef that takes your order and delivers the response. Enter the waiter. The waiter is the link that receives your order, communicates it to the chef and brings back the result: your food. Same thing with APIs. APIs stand as a bridge between applications, taking orders and delivering the results in the form of structured data.

But data transfer is just one part of what APIs do. Web APIs also allow you to expose the functionality of applications across the web. Think of it like this. You have a date night with your girlfriend and she says she wants to stay indoors and eat Mexican food. Now, you could choose to go to the internet, download recipes for Mexican food, pick one and then start going through all the stress of preparing it yourself. Or you could just order from a restaurant (I know which one I would pick). In this case, the restaurant is the API, exposing you to the functionality of Mexican food as a service and you are the consumer of the service.

APIs also act as a layer of abstraction, shielding the consuming application from the complexities of how the requested data or functionality is provided. This provides a layer of separation that allows the provider of the service to make changes to his infrastructure without having any effect on the consuming application. In our restaurant analogy, you have no idea what goes on in the kitchen or how the chef prepares the food. All that matters is that it gets to you when you order it. So if the chef decides to change his method and boil the water before frying it, it has no effect on you getting your food. If it does, then there has been a breach of contract.

Essentially APIs allow application developers to outsource their requirements for data or commodity functionality, focusing instead on the unique proposition of their application. APIs can be local, working within a single device and allowing applications within that device to communicate. A good example of this is the API functionality that comes with your Windows operating system. The operating system allows a video player to call a movie from your file saver and play it. APIs also exist across the internet, using the web to communicate and call data and functionality. For example, the Uber service integrates real-time mapping into its app via Google Maps API.

How do web services work?

Now web services are very similar to APIs, with one major difference: they require a network to communicate. Therefore, we can define web services as a resource that allows machine-to-machine communication over a network using a few set protocols and standardized commands. Most web services are built using SOAP protocols, but they can also be built using REST and XML-RPC (remote procedure call) protocols and they only communicate via HTTP protocols (they do not support HTTPS). Also, most web services are designed to offer a specific type of data or functionality to a specific partner. Think of them as a designated driver for a public figure. His job is to drive and he can probably drive any type of car with any type of person in it, but he’s restricted to driving just that one person.

Differences of API vs Web Service 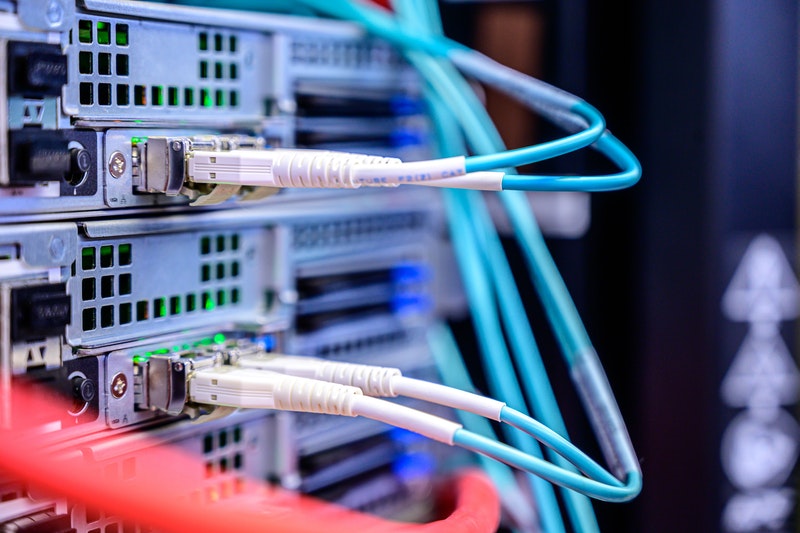 Pros and Cons of Web Services vs API Service 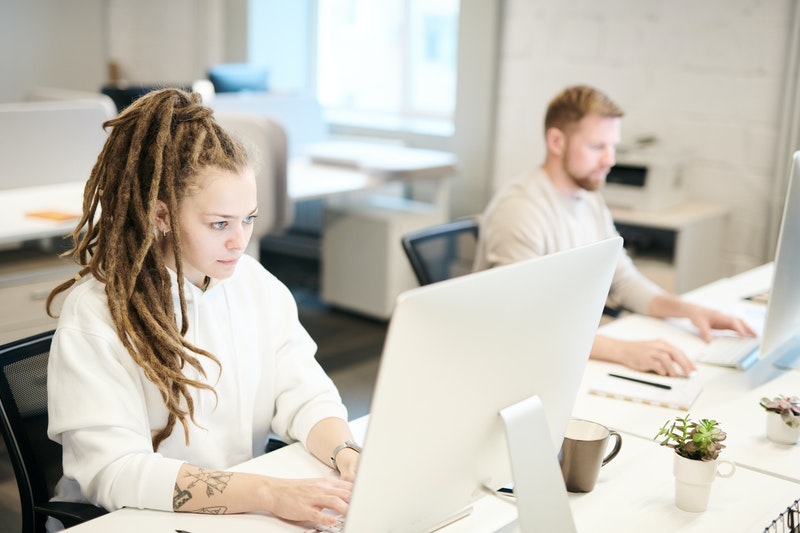 So do any of the differences we mentioned above make a difference in the value which web services and APIs offer to developers? Let’s look at the pros and cons of web API vs web service.

Web Service vs API: Fueling Both With Scraping Robot’s API 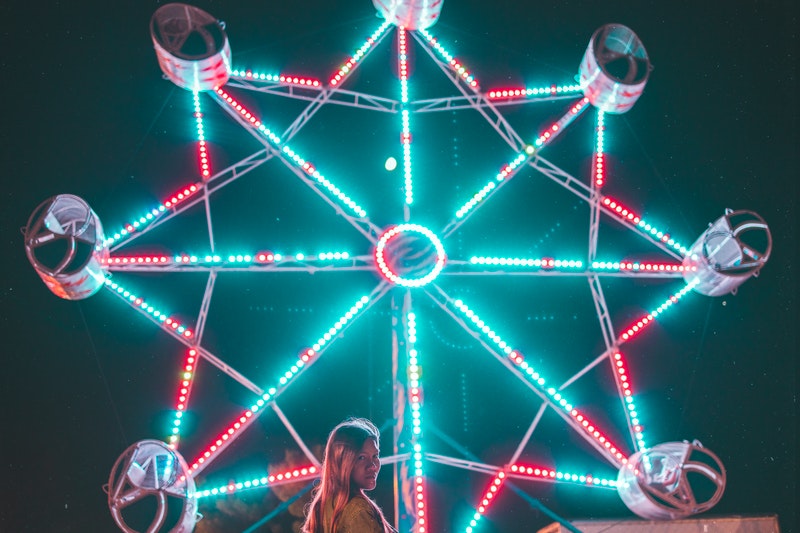 Sometimes, you don’t need a new API to get data from a new source or a new web service to help feed your new applications with data as you request it. What you need is an API for APIs; an API that serves as a connection point between your API and the outside world. Scraping Robot’s public API is one such API. Properly documented and well-built for easy integration into any system, our public API combines with our data scraping technology to form a data extraction vehicle the likes of which you’ll find nowhere else. Using our public API, you can focus even better on developing that unique proposition of your application to the highest level without having to worry about where you’ll get the data to feed it. Scraping Robot’s got your back. We have several API modules available for you to collect data from websites all over the internet, and if we don’t have a module for what you want, we’ll build one for you! Whether you are on the API or the web services side of the web API vs web service debate, Scraping Robot has got data you need. 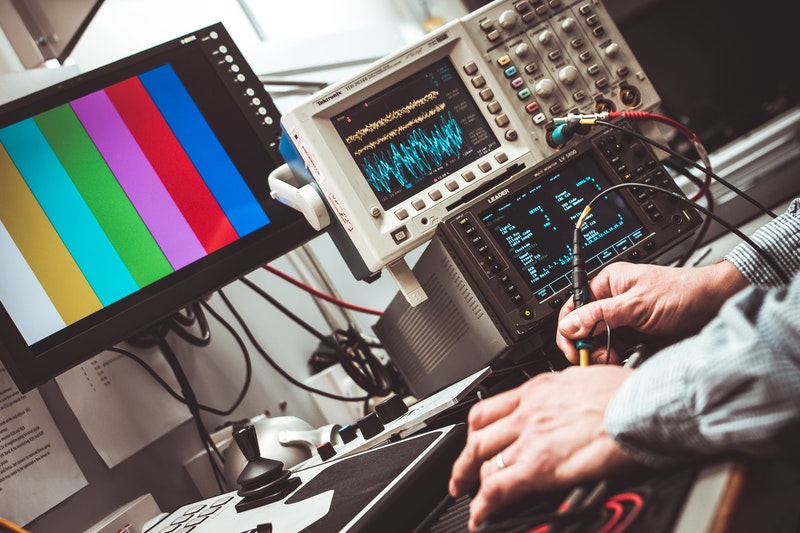 The web API vs web services debate is not one with a clear-cut answer. However, the two services continue to combine to make it easier for developers to transfer functionality and build ever-more fantastic applications and that’s all that matters. So maybe we don’t need an answer. But you do need the unlimited access to internet data offered by Scraping Robot’s public scraping API, to feed your application with accurate and timely data that will help it perform better.

How To Compare Movies With Web Scraping And Get Ahead
Big Data Challenges: Web Scraping And API Technology
Inventory Analytics: Big Data For Inventory Management
How to Use a Google Scraper (And Why You Should Scrape Google)