Twitter is one of the best platforms for any data scientist to collect large amounts of quality data from.

It is a social media site that operates as a microblogging system, allowing users to communicate in the form of short messages known as “tweets”. As of 2021, Twitter has amassed around 353 million monthly active users, with this number only expected to grow as the year progresses.

Given that the platform houses a goldmine of information and opportunities, It’s important to know how to scrape Twitter The best way to do this is through web scraping, the automatic process of collecting and extracting information from a web page or platform. Sentiment analysis, competitor tracking, and a greater understanding of the needs and wants of your customers are just a few benefits that can be derived by scraping data from Twitter.

Feel free to use the table of contents to navigate this article and move to sections that you find the most useful.

Twitter data is information that can be collected and extracted from the Twitter platform. This may include the following:

Once these data points have been collected, they can then be extracted from Twitter and used by data scientists to make data-based decisions. This process can be invaluable to organizations and businesses, allowing them to gain key insights into their markets and customers.

Data scraping is an invaluable tool for many people and organizations, and can be used for a wide variety of purposes. Here are a few ways that data extracted from Twitter can be used to further the growth of your organization.

Sentiment analysis is a way for your organization to get feedback from your target customers without directly engaging with them. It is an automatic process that analyses text data and classifies it as positive, negative, or neutral. This information enables your organization to better understand its customers and their overall sentiment toward your business.

More specifically, Twitter sentiment analysis scrapes relevant data such as tweets, likes, mentions, and other engagements from the platform. This data enables your organization to monitor feedback and understand how consumers feel about your product or service overall. This knowledge can be used to optimize product design and function, giving you the power to make faster and more informed business decisions.

Scraping data from Twitter gives your organization a huge advantage over its competitors.

An analysis of the competition’s products and reviews will help you stay up to date on their overall strategies and performance. Did a competitor just release a new product that they’re struggling to sell? Read the reviews and use their shortcomings to your advantage. Did they recently publish a tweet that’s attracting a lot of engagement? Find out why the post is performing so well and capitalize on that interest.

Scraping Twitter also allows your organization to stay up to date on the latest trends and developments in the market. Using this information to your advantage could give your organization the edge it needs to outperform the competition.

Lead generation is widely regarded as one of the most powerful marketing tactics in the world. Looking to add to your customer base? Scrape the followers from another competing brand and reach out to them about your product.

Generating leads using Twitter scraping is an efficient way of identifying and obtaining the contact information of potential customers. It also allows your organization to completely customize its target audience. The more high-quality leads you scrape, the more potential customers you will attract, and the more sales you will have!

Extracting data from Twitter can help you to identify who the leaders and influencers are in your industry.

The power that influencers have over their followers is significant, which is why influencer marketing is such a powerful sales tactic. Collaborating with them to help promote your organization is a surefire way to increase interest in your brand. You also have a good chance of getting influencers to reply to your messages on Twitter, as they are often actively posting content and engaging with their followers.

APIs are everywhere. They have been used by developers for years. The acronym stands for Application Programming Interface, a type of software intermediary that allows two programs to communicate with each other.

By using an API to scrape data from Twitter, you are able to collect valuable information such as Twitter handles, followers, and tweets, which can then be used to improve and expand your organization.

Data can be scraped from Twitter using coding languages such as Python, R, JavaScript, etc. This requires the user to code their own scraper from scratch and manually manage proxy and server management, blocks, browser scaling, CAPTCHA solving, and more.

The problem with scraping data from Twitter is the sheer amount of it. The billions of tweets per year and the constant influx of likes, mentions, and hashtags are enough to give any coder or data scientist a headache. This is where ready-made scraping tools come in. These allow you to focus on the data extracted, without having to spend days poring over the code.

Scraping Robot’s API is a ready-made scraping tool. Designed and used by experts, this tool gives you access to large amounts of developer-level data and allows you to scrape any page on the web with ease. Input a full URL into the system and watch as it provides you with the full HTML output.

Built for developers, our API integrates into any software and makes it easy for you to combine multiple data sources into one program, eliminating the need to analyze them separately. Our users get 5,000 free scrapes a month, meaning that you never have to compromise on quality, efficiency, or security due to budget limitations.

Scraping Robot’s team is always here to help. With our expert tools and guidance, you’ll find that scraping and analyzing data has never been easier.

How to Scrape Twitter Without an API or Coding 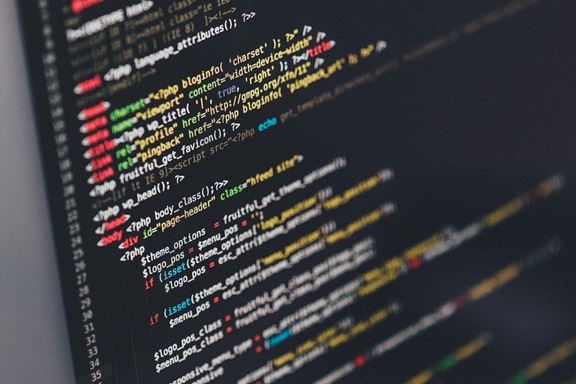 Don’t despair if you’re still unsure what an API is or if you simply don’t want to code with languages such as Python or R. You’re not alone — not only is the work often difficult and tedious, but it can also be incredibly time consuming. Fortunately, there are a variety of automated web scraping tools built by industry experts that take the hard work out of scraping.

Scraping Robot’s Twitter Profile Scraper, for example, accepts a full URL to a username (ie: https://twitter.com/BarackObama), and will provide you with the following information:

You can then export this data to your preferred database (such as Excel) and prepare it for analysis. It’s that simple. The data that your organization receives will make it significantly easier to reach out to new customers and to understand the sentiments of your existing customer base.

Do you want to learn more about how scraping data from Twitter can help your organization grow? Contact Scraping Robot to submit custom work or to make any queries. Let us take the hassle out of the scraping process so that you can focus on what matters most: collecting valuable data!

Understanding how to scrape data from Twitter is an invaluable skill for any modern organization. Twitter is undoubtedly one of the best social media platforms for business, as well as one of the biggest and most valuable sources of customer behavioral data. It is therefore crucial for businesses to understand how to collect Twitter data, or risk falling behind the competition.

Using a web scraping tool such as Scraping Robot’s API or Twitter Profile Scraper will allow you to grow your brand, connect with your customers, and ensure that you remain one step ahead of the competition.

Isaac has been writing for and about the tech industry since 2014 and has no plans to stop anytime soon. He now edits, and occasionally writes for, the Scraping Robot blog.